An HMI (Human Machine Interface) allows users to communicate with a machine. A simple example would be a light switch. This allows people to control the machine, in this case a lamp. In the industrial context, Human Machine Interfaces usually appear as screens that are developed for modern machines, allowing them to be operated effectively and safely by employees.

HMIs are used in many different industries and, depending on their intended use, can have a wide range of functions. Depending on the scope of these functionalities, the complexity of the HMI varies. Careful HMI design is therefore particularly important. This is the only way to guarantee a high level of user-friendliness.

Human Machine Interfaces are becoming more and more important nowadays, as this is the effective and efficient way to achieve high productivity.

Our UI/UX designers conceptualize user-friendly operating concepts and design appealing interfaces. Together with our customers, we work through our design process. This results in intuitive and attractive user interfaces. 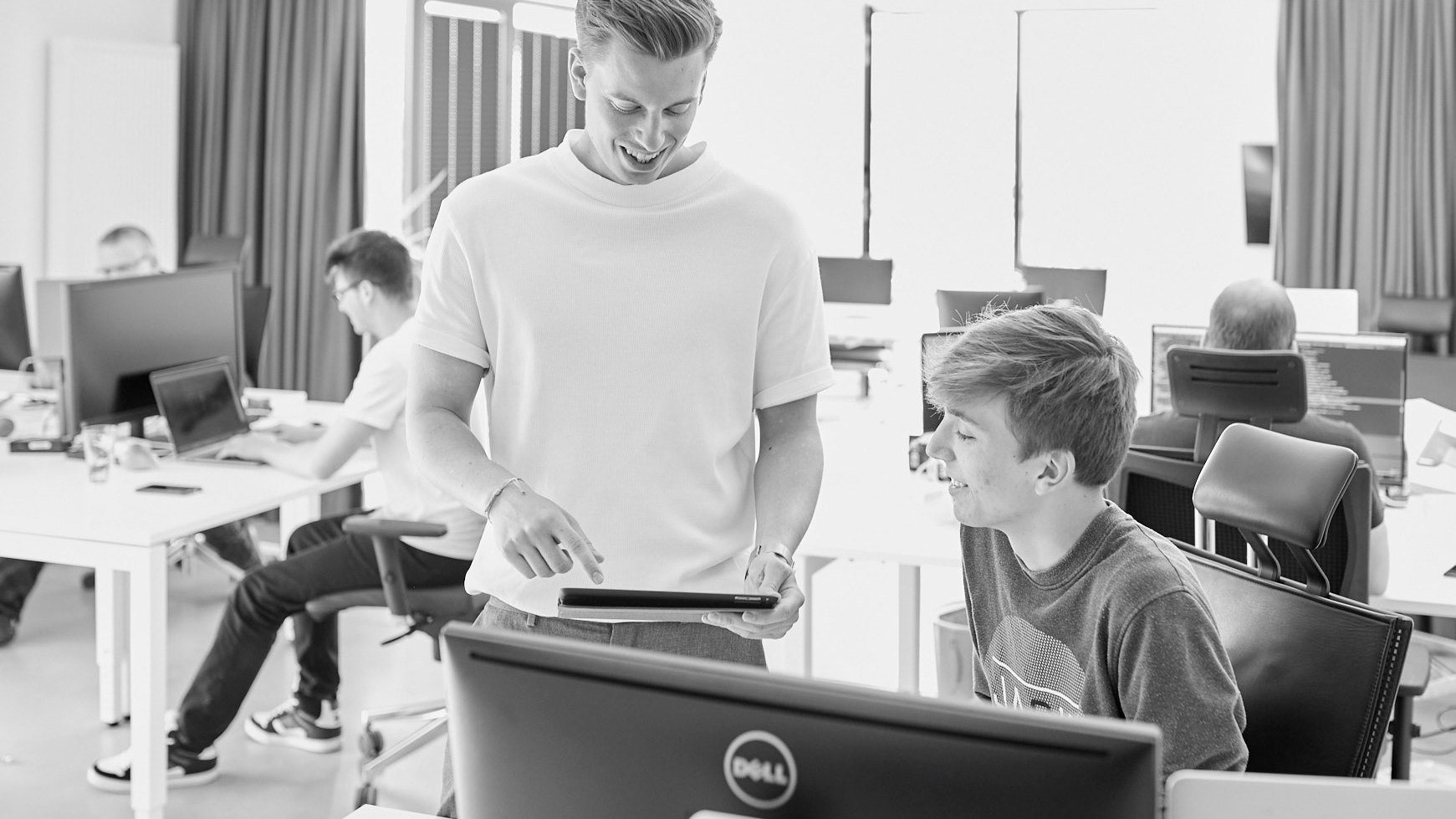