In 2012, Apple introduced the app known at the time as Passbook with iOS 6. With Wallet, Apple users have the option of storing various types of tickets, such as trading cards, credit cards, travel passes, etc., digitally on their end devices in the form of so-called Passes. Users can view passes in the app, use and manage them. Payment via Apple Pay, which is now also available in Germany, also opens up possibilities for using Apple Wallet. Wallet can be used on all iPhones (iOS 6 or later) and on the Apple Watch.

With the Wallet Generator from let's dev you create customized cards for your customers. Choose from a variety of different layouts and uses. Coupon, customer card, event ticket or membership card - the choice is yours.

An online editor offers you the possibility to create cards independently and without programming knowledge. First choose between the different card types Coupon, Boarding Pass, Event, Store Card or Generic. Afterwards, all you have to do is fill out the displayed forms and upload the required files. The practical browser preview of the wallet generator also shows you how the card will look later on the smartphone. So create your individual wallet cards with the Wallet Generator in just a few steps. 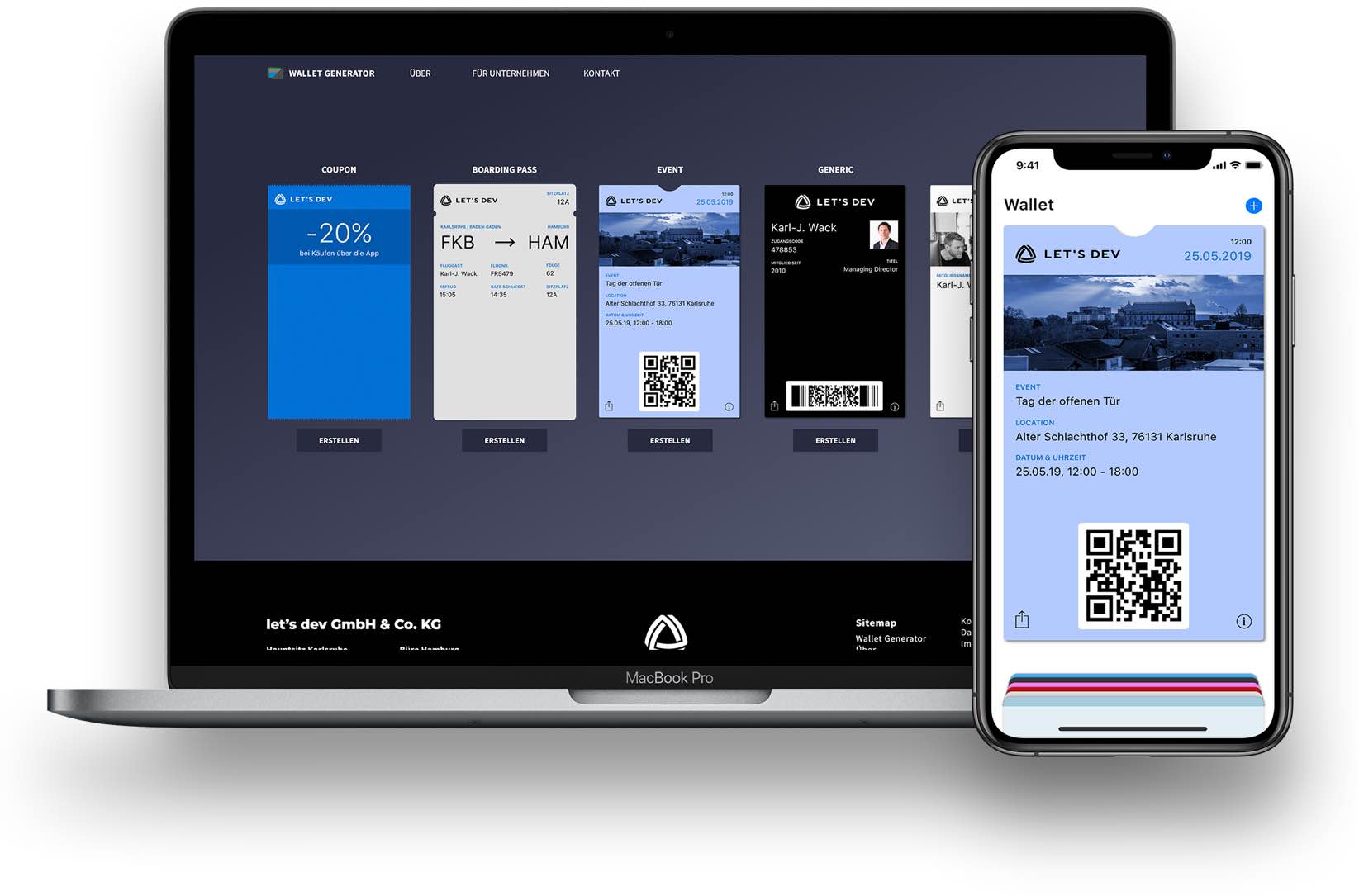